The Speed of Air

A lifting action will be created causing the vessel to move upwardly without traveling forwardly. 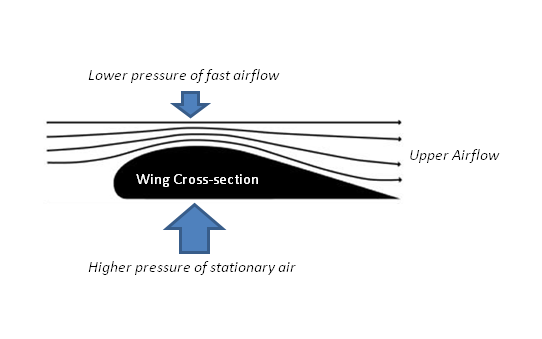 Willard Custer was outside, working on a tractor engine, when he was surprised by a fast-moving thunderstorm. He ran into a nearby barn for refuge, but the storm lifted the roof and carried it a short distance. Being a mechanic with an avocational interest in flight, Willard was left with a mechanical puzzle. He was familiar with the basics of flight dynamics, but he could not immediately answer the question: How could a barn roof, which is not designed for flight, rise from a standstill and simply fly away?

Willard realized that similar forces had acted on the barn roof. Because of the storm’s ferocious wind speeds, the air above the barn roof had been traveling much faster than the practically stationary air inside the barn. The fast airflow had consequently lowered the air pressure above the roof. See Figure 2. He reasoned, then, that the higher air pressure under the roof (inside the barn) must have forced the roof up, tearing it from the barn walls and serving it to the storm winds. Put simply, he believed the roof had literally popped off the barn walls.

Willard pondered the implications of this for an airplane.

In a conventional aircraft, an airplane wing moves through the air at a fast speed (called airspeed) to generate lift for takeoff. However, because of his recent experience in the storm, Willard came to understand that air rushing at takeoff speed (the speed of air, he called it) over a stationary airplane wing would also produce lift. That meant that a stationary airplane (one with no airspeed) could take off as soon as the air coursing over its wing (the speed of air) reached takeoff speed.

If this was true, could he create and control such a flow of air? 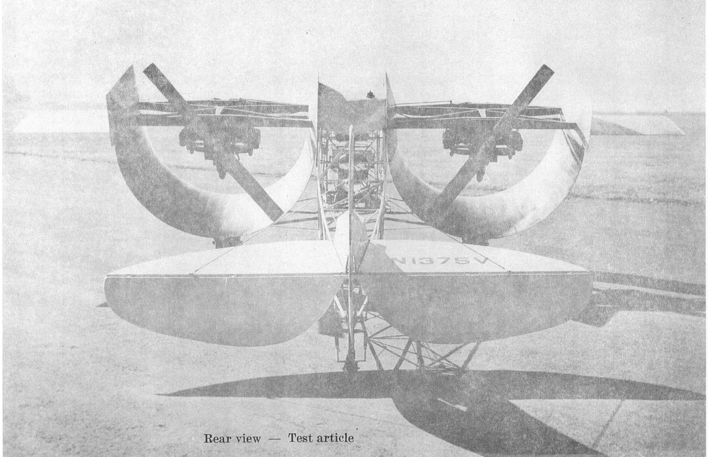 Using the propeller to produce an airflow, Willard experimented with controlling the air currents around a moving propeller by encasing it in a 3-sided box. Eventually, he settled on the use of a rounded box, or channel, to surround the turning propeller. The walls of the channel were shaped like an airfoil, as if Willard had taken a conventional wing and wrapped it halfway around the circumference of the turning propeller. The propeller was eventually placed at the back edge of the wing where it would literally suck the air through the channel. (See Figure 3.)

Willard successfully demonstrated the effect of this design in a working model. The model, with its tail tied to prevent forward progress, rose straight up from the table when the engines were started.

Later, a NACA wind tunnel study of Willard’s design noted that some air recycles, or leaks, immediately into the front of the propeller from behind as it spins. In the diagram (Figure 4), this airflow is indicated by an arrow snaking down from the top left corner. 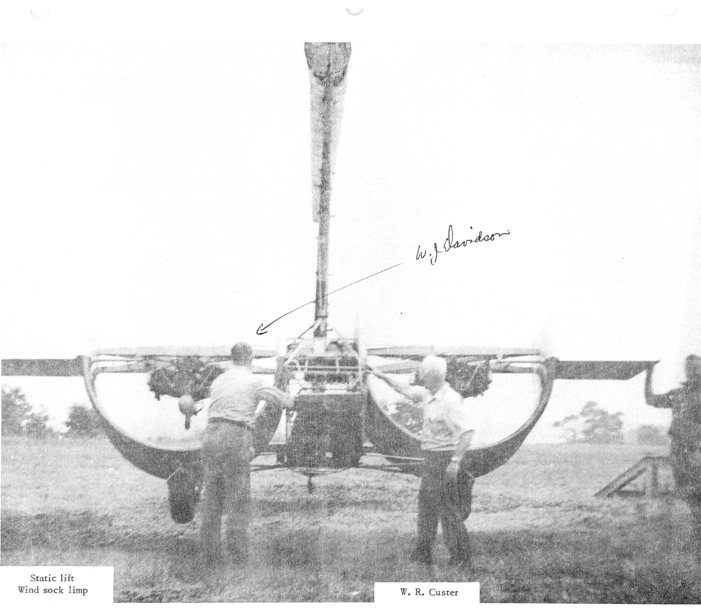 Midday Thursday, December 6, 1951, four men including Walter J. Davidson (as indicated, Figure 5), easily off-loaded the CCW-2, Willard’s second full-size Channel Wing aircraft, down a ramp from the trailer, maneuvered it to the windsock pole, and tied it down. A steel cable extended from above the cockpit and bound the airplane to the pole, its tail pointed inward toward the pole and its nose facing outward. Another cable about five feet long anchored one of the wheels to a twelve-inch metal rod set in the ground.

Standing beside the plane’s empty cockpit, with Willard on the opposite side, Davidson reached inside and started the engines. Eager to fly, the CCW-2 instantly strained forward against the two cables, stretching them taut. Still standing confidently by the cockpit, his fingers on the controls, Davidson began increasing the gas flow to the engines.

Little by little the engines grew louder and the propellers whirred faster, invisible. Then Davidson tapped the throttle just past that magic threshold where lift overcomes gravity, and the aircraft’s wheels released the ground, floating as high as his reach would allow, light as air and steadied by a man at each wing tip.

Memorialized in a photograph, a full-size aircraft, with self-produced speed of air coursing through its channel wings, was lifted by air pressure from a complete standstill, like a roof from a barn in a wind storm, and hovered against the insistence of rooted cables. Also pictured, for any persons who might appreciate it, at the top of the pole a deflated windsock hung limp. The propellers alone had provided the moving air required for lift; there had been no added wind.