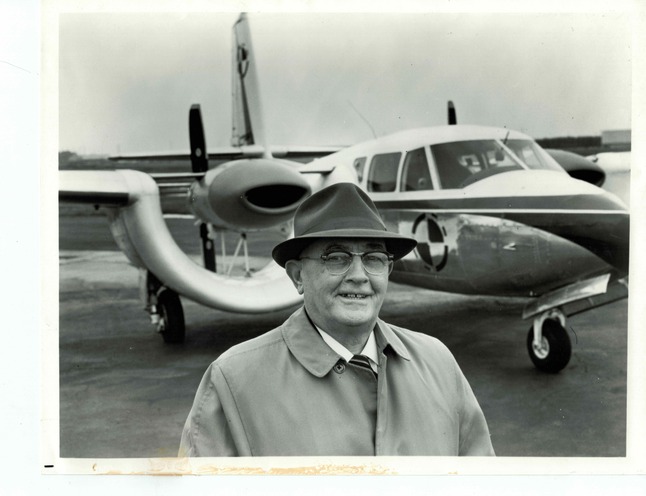 When a severe thunderstorm suddenly pounces on 26-year-old mechanic Willard Custer, corners him in a barn, and then pops the barn’s roof in a shocking display of atmospheric power, Willard’s life is permanently altered. The son of a West Virginia blacksmith with an unfinished high school education, Willard conceives of a way to apply the speed of air he experienced to an aircraft’s ability to fly.

Convinced his concept will revolutionize the aircraft industry, Willard builds four aircraft and demonstrates them across the continent, gaining converts and enemies among his family, neighbors, and the highest offices of the military and legislatures, in the U.S. and beyond.

His aircraft become famous. More than five magazines feature his creations, including Popular Mechanics, which pictures the Bumblebee on one cover and the prototype CCW-5 on another. Countless newspapers and periodicals across the world run stories and show pictures of the Channel Wing’s feats. His aircraft models fly in one of the country’s first university wind tunnels and are tested in the military’s wind tunnel at Wright Field. The full-size CCW-2 is tested in the nation’s largest wind tunnel at Langley Air Force Base.

Over twenty-five years, he demonstrates his aircraft to the three services at military airfields in Louisiana, Oklahoma, Maryland and Virginia, to commercial audiences in California, Texas, Ohio and Pennsylvania, and promotes it to other potential civil and military investors and buyers from Mexico, Canada, Japan, New Zealand and Australia.

Caught up in a world for which he has no preparation, he guides two companies and spawns four others, engaging scientists, engineers, accountants, lawyers, and pilots in seven states.

He fights the U.S. Patent and Trademark Office and the Securities and Exchange Commission in court, continually solicits the Federal Aviation Administration, and weathers corporate double-crossing in Detroit and New York.

Over his lifetime, Willard's ideas are documented in 26 patents.

In 1964, Congressman Mac Mathias, Jr., of the sixth Maryland district and a future career senator, lauds Willard’s perseverance and tenacity of spirit. His is, he remarks briefly, reminiscent of the spirit of the English, French, Swiss and Scottish pioneers who had originally settled in Washington County, Maryland. Mathias says it is that same courage and indomitable will in the face of challenge, discouragement, setbacks, and opposition that enables Willard to finally complete his first production Channel Wing aircraft. His success is hailed as a fitting example of independent, persevering aeronautical pioneering.

He is both lauded and arrested in his hometown within the same year.

In the end, he dies no richer than he began.